Apple has recently launched a new storage app called iCloud Photo Library designed to sync full resolution images online for Macs. It syncs photos to devices whilst maintaining the storage.  If a user wishes they are able to keep the high-res photos in the cloud and the lower-res versions on iOS, PC and Mac devices.

It has been said that iCloud storage fees are much higher than competitors and critics have highlighted recent online photo security breaches. Additionally, the app responds to the amount of storage that is left on each device. The images are automatically downgraded in resolution as the storage begins to lapse, starting with the older images. This is done whilst ensuring that the quality is still good enough for that of a full size screen.

As they need it, the app will download the larger storage file if the user has chosen the online storage option and has a data connection. This could for example assist with editing, zooming in or for printing. 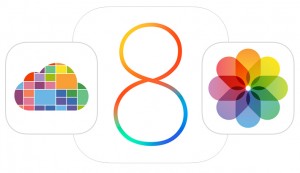 Last year, a whopping 500 celebrity images were hacked from the iCloud platform by hackers and this has left experts wondering whether users are ready to have faith in the company. Apple later explained that the attack was rather a result of intruders guessing the password as opposed to the platform being hacked.

Be aware that many online storage providers offer cheaper plans for the same amount of data as the Apple’s iCloud. Be aware though that each offer different capabilities when it comes to user intervention, such as how they sync with devices and whether they work automatically. Some users may feel it more beneficial to pay less to maintain a larger database of storage while others may prefer other benefits that are available but at a higher price..