Just released is the Fallout Pip-Boy app by Bethesda Softworks, targeting iOS and Android devices. The app is said to be a companion app for the Fallout 4 video game, which will be released on November 10 on PlayStation 4, PC and Xbox One.

The game turns player’s phones into Pip-Boy, which is what the character wears on its wrist in Fallout 4.  The app enables users to access their data by connecting to the console game, as well as like their characters stats and inventory while outside of home. 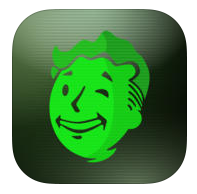 Additionally, users have access to the game’s radio and map, as well as their mini-games. Included in the app for free is the Atomic Command game, and challenges players to tap to aim and shoot to eliminate enemy bombs. This is to protect the famous landmarks and the game continues as long as they are still standing on each level.

The Fallout Pip-Boy app is available for a free download from the Google Play and iTunes App Store.