Bing by Microsoft has recently released its latest updates for its mobile apps that target iOS and Android devices. The updates are said to assist users in saving money while traveling or shopping.

When a product is scanned in Bing’s database, users are displayed with various prices and customer ratings from major stores such as Target, Walmart and Amazon. For Android users to access the barcode scanner they simply press on the search icon to then select the camera that appears. 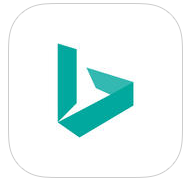 Furthermore, there is an added feature whereby both Android and iOS users can search through petrol prices of nearby petrol stations through an integration with GasBuddy.

Lastly, there is a Deals hub in the app that essentially enables users to view details at nearby businesses, as well as search available deals from various categories such as apparel or food. Once a user has found a deal they would like to retrieve, they are able follow instructions from the coupon’s provider.

The Bing app is available for a free download from Google Play and the iTunes App Store.