Laes strongly believes the success has stemmed from the in-game advertising positively reinforcing player experiences. He says that some games use advertisements as a negative reinforcement. His goal is to “use adverts to make your fun more fun.”. 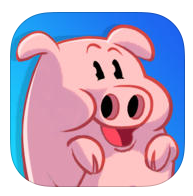 Laes said “These ads need to be opt-in, because that’s how we feel good about things,”.

He continued to say that the ads are not a replacement for in-app purchases.

Farm Away is available for a free download from the iTunes App Store.