The 1010!  developer Gram Games is in high spirits with records showing that in less than a week, their hit game Merged!  surpassed 1 million downloads.

The company that is based in Istanbul, launched the hit game on January 28, with its millionth download being recorded on February 2nd. This may partially be thanks to its feature on the App Store.

Merged! is a minimalistic puzzle game that makes heavy use of advertisements, which is much like their game 1010! that managed to score 50 million downloads in 2015. It has been said that the game may have saved the company with its success. 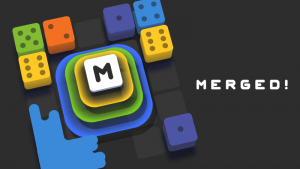 The CEO of Gram Games, Mehmet Ecevit is more than confident in Merged! Outdoing 1010!’s success after its promising launch. He predicts the game will pass the number of downloads that 1010! Has seen.

Ecevit said recently in a statement “The initial results since launch are amazing. The numbers during soft launch indicated great things and this has now been confirmed by the appreciation we are seeing from our player base.”

He continued “Our talented, passionate team and unique culture has been key to our success. We work harmoniously to create fun puzzle games. We enjoy it and will continue to do so.”

Merged! is available for a free download from the iTunes App Store and Google Play.