Just launched by Align is the dating app for Millennials targeted at iOS users. The app was designed to measure compatibility of users based on astrological signs.

Originally being released in LA, the app has expanded to San Francisco and New York City.

To get started with the app, users will enter their birth date and login with Facebook.  Once the app has determined the astrological sign of the user, it will provide them with an emoji and list of traits that correlate to that sign.

On the users Align profile, six items which the user relates to most are displayed. 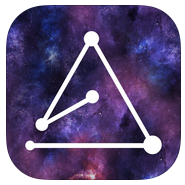 On a daily basis users are provided with five unique matches. The users are also given compatibility reports for the matches, which relate to each of their astrological signs. Like other dating apps, both users must show an interest in the potential match and connect before they can private message one another.

Aliza Kelly Faragher, the co-founder of Align said in a recent statement “ Over 45 million Millennials believe in astrology. Astrology is not a niche market, it is a cultural movement, and Align provides today’s singles with the platform they need to make meaningful connections.”

Align is available for a free download from the iTunes App Store.