As fans around the world revel in the excitement that the first installment of The Hunger Games: Mockingjay will be making its debut on the big screen in just a few short weeks, Kabam and Lionsgate have announced the launch of The Hunger Games: Panem Rising on mobile – the execution of a perfectly timed marketing opportunity for the new app. As we’ve seen in the past, one sure fire way to reach a top chart position in the app store is by combining a killer app and a blockbuster movie title. In this case, it doesn’t get much bigger than The Hunger Games franchise in 2014 and the partnership between Kabam and Lionsgate (announced earlier this year) sees two of the biggest names in the media industry collaborating on what is sure to be the next big game to watch. 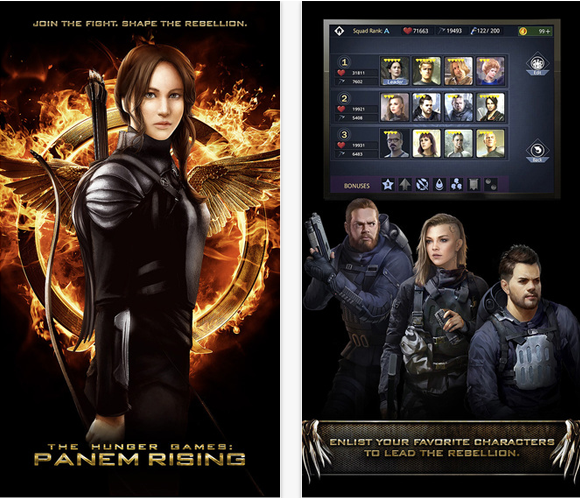 This epic role playing game will see players venturing through environments made familiar by the books/movies, while completing missions to earn XP, gold and even unlock new characters. The developers have also incorporating the incredibly popular aspect of mobile card games into the new app, an element that is sure to please many fans.

“As one of the most popular film franchises in history, Kabam knew we had to deliver an experience that not only dived deep into The Hunger Games universe but was also fun to play,” said Mike Li, co-founder and general manager of Kabam’s Beijing Studio. “From exploring Districts to recruiting and collecting fan-favorite characters from all three films such as Katniss, Peeta and Gale, fans will appreciate The Hunger Games: Panem Rising’s authenticity and enjoy the strategic gameplay.”

Fans of the books and movies will be happy to know that The Hunger Games: Panem Rising is now available in the App Stores on both iOS and Android devices.