The iTunes App Store is Broken…

…and there’s nothing you can do about it. Well, not yet anyway. Earlier this week, Sebastian Knopp, co-founder of Fluidmobile alerted GamesBeat to the nasty bug that has somewhat taken control of the Apple App Store. It seems as though certain publishers and developers have found a way to get their app ranking – and it has nothing to do with quality production, impressive monetization figures or high download rate. Instead, the app store is now ranking subcategory charts by the title of a game. Throughout all of the markets tested by the team at GamesBeat, including the U.S., Canada, France, Germany, U.K., Brazil, Australia and South Africa, the top charts for subcategories are filled with game titles like *777* +, 123456789, and $$$$$$. 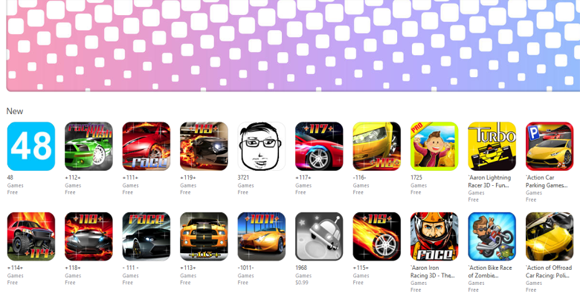 There is some good news still standing throughout this entire mess, as it appears as though games lists under the banners of “New Releases” and “Recent Updates” have remained unaffected by the bug. These certain subcategories within the iTunes App Store, which include action, arcade, puzzle and role-playing games, that do not use “What’s Hot” and “New” lists, are still be ranked by the usual markers that will earn one a top list position – this is great news for developers.

The bug was first reported to the Apple team back in October and we’re yet to see any kind of solution to the problem. In a recent discussion with GamesBeat about the issue, Sebastian Knopp revealed that he received an email from Apple stating, “We are investigating the issue regarding the Games subcategories in the App Store. Case number 20741006 has been filed for this investigation.” This was received when Knopp initially reported the bug and we’re all still waiting to see how Apple will fix this monumental problem.

While the “New Releases” and “Recent Updates” charts remain to be unaffected by the bug, these new ranking issues could lead to endless problems for indie iOS developers hoping to make their mark on the iTunes App Store.