Jump the queue at Starbucks with the new mobile app!

Starbucks has recently announced that they have launched a mobile ordering app. The Seattle-based coffee chain has designed an app that will allow customers at more than 4000 locations to order and pay for their coffees ahead of time through the application.

Instead of customers lining up, they now have the advantage of going directly to the counter to pick up their beverage.

The app was first tested in Portland where it was commonly known as Mobile Order & Pay when it then proceeded to expand to over 650 stores earlier in the year. The app has now expanded to be available in 26 states and almost half of the US stores. In the coming months, the application will roll out in the UK, Canada as well as elsewhere in the USA. 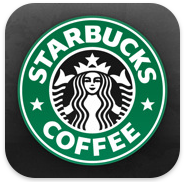 Adam Brotman, Starbucks chief digital officer said that “In terms of the rollout plans and what we’re learning, we’re very pleased with how this has started,”.

Starbucks believes that the mobile application has also successfully helped grow their customer database as well as gain insight into managing inventory by location and fine-tune the waiting time estimate for mobile order pickups.

The app is available for download to both iPhone and Android users and we will no doubt see the app continue to grow in popularity as we watch many loyal customers jump on the app bandwagon!