You would have to be living under a rock to not know that King have recently released the long awaited sequel to their most popular three match puzzle game, Candy Crush Soda Saga. While not all companies have the millions of dollars in budget that King do to spend on extravagant advertising campaigns, it seems as though their indulgence on such campaigns is certainly paying off. Launching a marketing crusade using Facebook’s advertising system, costing the company in excess of one millions dollars, King were able to reach more than 100 million people in seven countries on their day of launch. 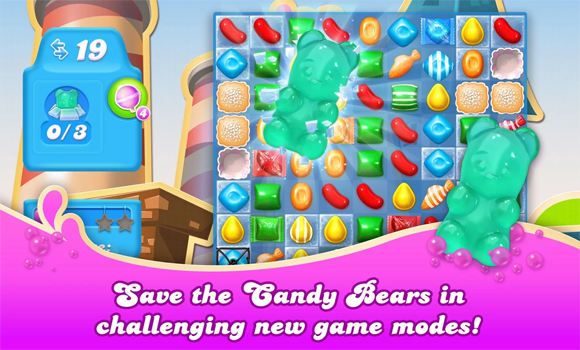 We always say that you should never put all your eggs in one basket and that an array of marketing strategies is the way to go if you want to ensure you’re reaching all possible target audiences. We’ve seen King launch a variety of marketing campaigns for the latest iOS and Android game, including television ads, in-app advertising and, of course, Facebook’s Premium Video Ads.

“For the first time King used premium video ads on Facebook to generate excitement for a game. Candy Crush is a beloved franchise and we were able to tell the story to millions of people,” said Angus Lovitt, King’s VP of Performance Marketing.

If you’re anything like me, you may have been a little skeptical in the past about just how much influence paid advertising on Facebook would have on users. If you’re planning on launching a mobile app, however, the verdict is in as figures show that more than 70% of the 100 million people to view the launch video did so on a mobile device – which, as we know, is King’s prime target audience.

Remembering back twelve months, the original Candy Crush Saga featured as a popular Facebook game before jumping platforms and becoming the most downloaded iOS app in 2013. King and Facebook have created a partnership that does wonders for both companies, by boosting the successful monetisation of apps created by King and reiterating the fact that Facebook truly has the potential to be a magnificent marketing tool for mobile developers.