Being used by celebrities such as Aaron Paul and Seth Meyers, Twitter’s new app Periscope has exploded in popularity. Acquired in January 2014 for a reported $100 million and launched last Thursday, the app essentially allows you to watch live video from anywhere around the world.  Periscope’s live feeds can be shot from iPads and iPhones and watched through smartphones, laptops or desktops either on Twitters site or through the app. It’s with this that the popular competing live streaming service Meerkat is said to be under threat. 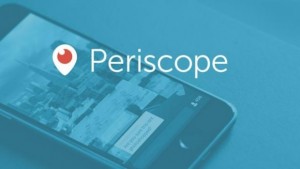 Meerkat made live streaming for smartphone and an internet connection popular last month even though competing sites had been around for years.

So will Meerkat be able to remain relevant with the launch of the new Periscope app by Twitter?

In a effort to bring attention back to their app, Meerkat have launched new features such as following users from inside a live stream, improved ways to learn streams popular with your friends as well as recommendations of people to follow.  Although Periscope’s announcement left many asking what the impact would be on the renowned Meerkat, according to SMH, founder Ben Rubin did not seem to feel affected by its recent launch believing that there is room for multiple players in live video.

With faster 4G and more open Wi-Fi networks, it is said that the live streaming apps will become as significant as Snapchat and Googling in our lives.