Just launched is the ‘animated camera’ app call Phhhoto for Android devices. The app, which was previously released for iOS devices, essentially allows users to share their own generated moving pictures with other people.

The app enables uses to take photos from within the app, rather than uploading from their camera roll. Phhhoto will take multiple snapshots and compile them to make a short motion picture which then plays back and forth. Much like Instagram, users can choose a filter to apply to the moving picture. They are also able to add a description before sharing it to the feed or social media. 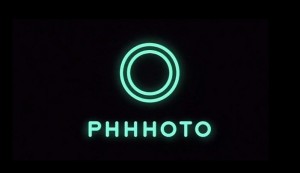 Users are able to follow other users of Phhhoto and can post comments or likes on the content. Not only can the users browse the feed of moving images they can also browse the ‘wow’ feed which include various featured posts. There is also a ‘people’ section available, which offers featured users. For the amusement of its users, Phhhoto has recently created a series of ‘Phhhoto horror stories’ to celebrate the theme of Halloween.

Phhhoto is available for a free download from Google Play and the iTunes App Store.