Just launched by Sony is the new Playstation Messages app for Android and iOS devices. The app essentially enables users to start conversations with other users in group conversations or in private.

Giving users access to their friends list and conversations, the app also offers a ‘favourites’ tab which enables users to mark groups of users or individuals for quick access at a later time. The uses can be sorted based on their online status or alphabetically. 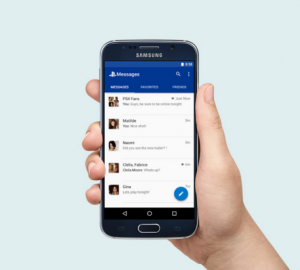 While chatting in Playstation Messages, users can send photos, voice messages and text messages as well as stickers from Playstation games. To view another users Network Profile, the user will be redirected to the main Playstation app.

John Koller, the vice president of Playstation brand marketing at Sony Computer Entertainment America said in a recent blog post “We know that Messages is the most used feature of the PlayStation App, so we created the standalone PlayStation Messages app with a more streamlined design in order to get you into your Messages and communicating with your friends faster than ever before.”.

PlayStation Messages is available for a free download from Google Play and the iTunes App Store.