Sega has recently confirmed that the mobile game Sonic Dash has remarkably passed 100 million downloads. Becoming the most downloaded Sonic game in history, the UK developers Hardlight studio made the game available for Google Play, Amazon App store, Apple Store, and Windows Phone in the last two years. The mobile industry market is said to hit an all-time high of $45 billion by 2018, said intelligence firm Digi-Capital and it is clear why Sega has made its move to the industry from the console games business.

An infoagraphic from Sega suggests the games mascot runs 1.1 billion virtual miles while collecting 850 gold coins along its path. Since the 2013 release of the game, Sonic Dash has had on average a staggering 14 million players monthly. 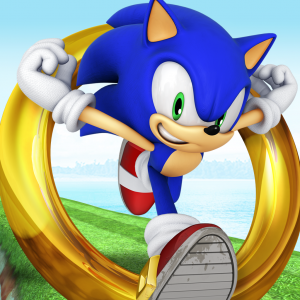 It seems that Sega will be celebrating with a special in-game event held this week, where it will invite some “very special friends” that are “used to success on mobile platforms”.

Sega has many hit games in their collection including the popular Sonic Jump Fever, Sonic CD, Sonic The Hedgehog and many more.  The Sega-owned studios Hardlight will continue to work more new mobile games based on the famous Sega IP’s and Sonic Dash will no doubt be a continued success in their portfolio.