The US developer Super Evil Megacorp has a mission to “make deeply engaging and technically outstanding games”. The company, which was founded in 2012 has raised a staggering $41 million in funding to date. The company is formed by key industry developers from gaming giants such as Guerrilla Games, Playfish, Blizzard Entertainment and more.

Super Evil Megacorp’s hit mobile game Vainglory, has recently taken out the award for the Best Mobile Game at the 2016 GLOMO Awards held in Barcelona.

In their category, there were over 930 other titles in the running which to GLOMO Awards was its record number of entries. The award evening was held during the Mobile World Congress. 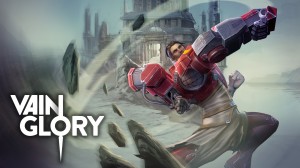 Super Evil Megacrop’s COO and Executive Director, Kristian Segerstrale commented recently on their achievement  “It is an honour for Vainglory to be recognized as the ‘Best Mobile Game’ by the GSMA,”.

She went on to thank their loyal player base for their dedication around the world. “The rate at which the Vainglory community has grown and the eSports competition has increased throughout 2015 has been incredible” She said.

Overall the company has honoured over $350 000 in prize money to players around the world. After the games rapid growth throughout 2015, we will no doubt continue to see the company’s continued success in the future.

Vainlglory is available for a free download from Google Play and the iTunes App Store.