Recently launched to the app stores by Sony Pictures Home Entertainment is the new “The Walk VR” mobile app for both iOS and Android devices. The app aims to tell the story of Philippe Petit, who in 1974 walked on a wire between the towers of the World Trade Centre. 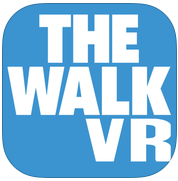 As the video plays, users with a VR headset experience Petit’s walk through the towers by moving their head to change their view.

Over a special promotion period, due to the film’s release on DVD and blu-ray users that wish to purchase the Merge VR Goggles are said to receive a $15 discount on their purchase using a promotional code. The usual retail price of the headset is valued at $99.

The Walk VR is available for a free download from Google Play and the iTunes App Store.