The 2015 holiday season proved to be the App Store’s busiest time as it reached record breaking sales. On in-app purchases and downloads, App Store customers spent more than $1.1 billion over the two weeks end Jan.3 2016. This includes weekly back-to-back records for purchases and traffic for the App Store.

More specifically, on Jan.2016 the App Store had its busiest day in history, with over $144 million being spent by users on the given day. The previous record was made the week earlier on Christmas day of 2015. 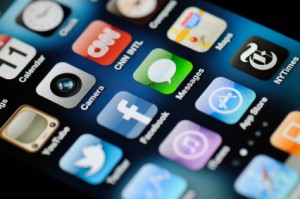 Philip Schiller, the senior vice president of worldwide marketing at Apple said in a recent statement “The App Store had a holiday season for the record books. We are excited that our customers downloaded and enjoyed so many incredible apps for iPhone, iPad, Mac, Apple Watch and Apple TV, spending over $20 billion on the App Store last year alone.”

It has been reported that for app developers since 2008, there has been near $40 billion generated.

The staggering number of app downloads came as no surprise due to the large amount of devices being given as gifts and then in turn, filled with app downloads.