Youzu, one of the most successful PC and mobile publishers of China has announced it is going global. Recently, Mark Chen, the VP of Domestic Publishing spoke at Pocker Gamer Connects Helsinki 2015 and expressed the company’s ambition to go global.

The company itself has released more than 20 games and has over 350 million players, with 1500 employees.

It has been recorded that the hit mobile game release Youth of Three Kingdoms made it to top 10 grossing games in China ever since its release. League of Angles, their PC game rakes in a staggering $25 million monthly. 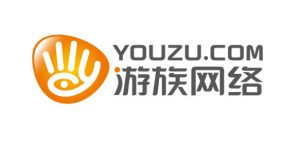 In regards to finding development partners the company intends to extend its reach globally in 2015.

Chen said in a recent statement “We want to act like to bridge to western games into Chinese market,”.

To get high quality western games into China, Youzu is hoping to sign co-development and publishing deals.

Furthermore, it assures that they can provide great access to the ever-growing market in China.

Chen continued “As well as $330 million to invest in these operations, we also have a strong portfolio of IP for developers to work with,”.