Cheetah Ad Platform has recently released some staggering findings in user engagement, competition in markets and popularity of verticals with mobile applications.

The platform interpreted data from over 52 million Android phone users and determined an average worldwide user base of 27 mobile apps each month, using apps on average 39 times a month. Their findings included data from nine different countries and showed that the country with the most app competition and user engagement is Brazil. Overall each month, a smartphone user would use apps on average 63.6 times and use on average 29.3 apps. 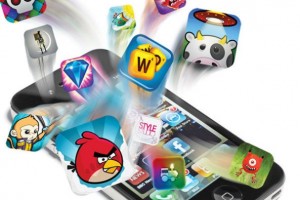 On a whole, the company reported that the US, Mexico and Brazil have the most competitive mobile application markets.

When it came to verticals, the UK is said to have the most active shopping apps compared to the other countries. Mexico also took the top place for communication apps. The most activate app vertical for Canada is board games and lastly, Russia sees the most competition in action and arcade games.

Senior vice president at Cheetah Mobile/ Ad Platform, Djamel Agaoua commented recently to the Social Times “We looked at the data from 52 million smartphone users to see how people engage with their devices and apps across the world. Just like the Olympics, the competition among developers is fierce.”