The new app which is solely aimed at messaging offers many new features. Users are still able to chat on the website but the app eliminates distractions such as profile pages, advertising and news feed to allow the users to focus on messaging without being distracted.

The messenger app was launched on Wednesday and works relatively the same as the Facebook login system. It also offers emoticons, support for voice calling, stickers and also syncs the chats across the platforms. It has also been said that Facebook is aiming to make the messaging app available in different languages in the near future. 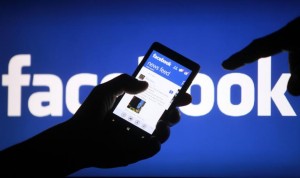 On the mobile messaging app, Facebook has extended its functions beyond messaging.  For example, users can now send money to each other via the app. Facebook has also enabled users to interact with online retailers and receive updates on their orders.

The app has reached almost half of Facebook’s users: 600 million users monthly. There is no doubt that Facebook will continue to dominate this market with its new ventures and there will continue to be loyal users around the globe!