Facebook has officially launched the new app Facebook Lite for Android which is designed to be more functional for those in developing countries. The app is specifically designed for spots where there is a poor wireless connection or where the phones used are generally outdated.

Facebook first thought of the idea for a Lite version as a lot of users in developing countries had been experiencing problems due to the poor internet connection. The Messenger application is one of the most popular apps for keeping in touch with friends, however in emerging countries there are much interruptions.

The application was first released in the Google Play store in January and it was confirmed that it was available in Vietnam, Nigeria, Sudan, South Africa, Bangladesh, Zimbabwe and Sri Lanka. As recently as Thursday, Facebook announced the app will be available in countries across Asia and soon to be added in parts of Latin America, Europe and Africa. 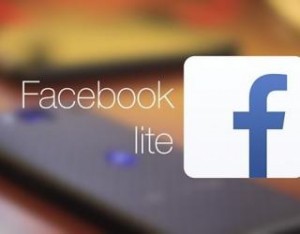 The ‘premium’ version of the Facebook app that we commonly know requires 25 megabytes of storage, compared to only 252 kilobytes for the Facebook Lite. There are a few features that the Lite version of Facebook applications doesn’t have such as Nearby Friends or videos and also has lower-resolution image thumbnails. Users are happy with this as it allows them to have a smooth, fast and cheap experience of the social platform. According to Facebook, the app functions well even in remote areas of the world regardless of network conditions.

According to Facebook’s Newsroom post, “More than 1 billion people around the world access Facebook from a range of mobile devices on varying networks. In many areas, networks can be slow and not able to support all the functionality found in Facebook for Android. Facebook Lite was built for these situations, giving people a reliable Facebook experience when bandwidth is at a minimum. Facebook Lite is less than 1 MB, so it is fast to install and quick to load. It includes Facebook’s core experiences like News Feed, status updates, photos, notifications and more.”