UK/Swedish developer King has recently been acquired by gaming giant Activision Blizzard, purchasing all outstanding shares for $18, making the deal worth a staggering $5.9 billion.

Part of the deal is said to have been made from an existing credit agreement, with the rest made with internal cash at around $3.6 billion.

Activision Blizzard alone reaches over 500 million users across the globe, allegedly making them the largest gaming network in the world. 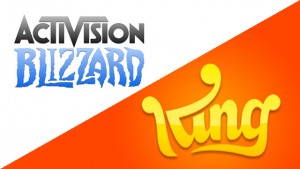 Bobby Kotick, the CEO of Activision Blizzard said recently “We see great opportunities to create new ways for audiences to experience their favourite franchises, from Candy Crush to World of Warcraft to Call of Duty and more, across mobile devices, consoles and personal computers.”.

Despite the acquisition all upper management will remain the same for King and it will continue to operate independently from Activision Blizzard.

Riccardo Zacconi, the CEO at King also commented “We are thrilled to now be a part of Activision Blizzard and can’t wait to start working together.”.