Recently launched by Kaneland, is Nack the coffee gifting app targeted at Android and iOS devices. The app essentially allows users to buy coffee for random strangers or friends.

The app enables users to send a coffee by transferring an amount of $3, $5 or $7 to another users account. In order for a user to send a coffee, they need the end users email address or contact phone number.  Additionally, Nack allows users to leave ‘suspended coffees’ at nearby shops for the receiving users to redeem later.

Paul Haun, the CEO and founder of Kaneland said in a recent statement “Nack is more than a mobile gifting app—it is a social network built around the coffee experience. It is designed to facilitate thoughtful acts that can be expressed effortlessly as part of the average person’s daily routine and lifestyle.” 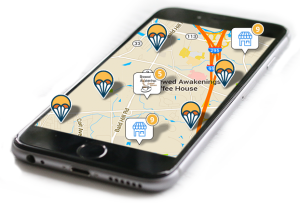 The app is available to users anywhere however its trial market is the home state of Kaneland in Rhode Island.  A coffee chain based in Rhode Island called Brewed Awakenings, teamed up with Kaneland for Nack to integrate its payment system and menu. Users can then show app-generated coupons at the register to redeem their coffee gifts.

Haun also commented “The feedback we are getting in our discussions with coffee retailers and other potential partners has been very positive.”

Nack is available for a free download from Google Play and the iTunes App Store.