As the old saying goes, “if you build it, they will come” – unfortunately, this is not always the case when it comes to releasing a new mobile app into the market. It isn’t unusual for developers to spend upwards of $10,000 creating an app, but dreams can quickly come to an end if you don’t consider a marketing strategy when launching your app into the Google Play or iTunes app stores. More than a third of all traffic reaching the average retail website is via a mobile device¹ and so it’s easy to see why many companies are now attempting to create an even more accessible platform for customers on the go. With an average of 35,000 new apps introduced on Android devices alone each month², however, marketing your latest app to reach the optimal amount of people and the right target audience can easily become a challenging and often daunting task.

Taking advantage of more than one marketing channel can increase the probability of the successful promotion of your new mobile application. The following is a quick reference guide to 10 of the most popular mobile marketing channels used when launching a new app.

The acquisition of incentivized user downloads (incent traffic) can assist in growing your mobile app installs and top list rankings. Considered as one of the most effective methods for boosting install rates over a short period of time, incentivized installs are also one of the most cost efficient methods of marketing. Incentivized CPI is so successful at generating large amounts of traffic in short bursts, because installs are driven by users that are rewarded (or incentivized) to download and install your application. Click here to learn more about Incentivized Mobile Installs. 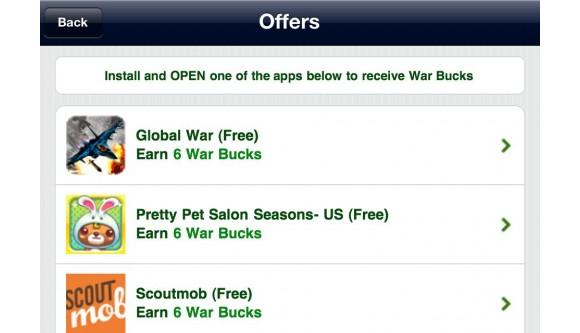 Gaming giant King has proven that social media outlets, particularly Facebook, can easily be a developers best friend when it comes to marketing a new app. Using Facebook’s Video Advertising System, King were able to reach more than 100 million people in seven countries on launch day for their newest app Candy Crush Soda Saga. Facebook advertising allows you to reach your target audience instantly. In the case of King’s latest marketing venture, an impressive 70% of the 100 million people who viewed their promotional video did so on a mobile device. While there’s no doubt that social media marketing is effective, it can easily become one of the most expensive channels, particularly when implementing a premium Facebook Video Advertising campaign.

If you don’t have the funds readily available to launch an all-out attack on Facebook, consider using other social media channels to your advantage by creating conversation and hype about your new app for little to no cost. For instance, RunKeeper does a great job at engaging their audience by using Twitter to start conversations.

Embracing Search Marketing tools is often a good step in the right direction for many developers. Google Adwords allows users to focus on a particular target audience by customizing keywords and ads, based on their App ID and other information. One major draw card for most developers using Adwords is that it provides a very simple platform for tracking your installs. If you’re new to Google Adwords I would highly recommend taking the time to thoroughly research which campaign style best suits you, to ensure that you’re getting the most bang for your buck. 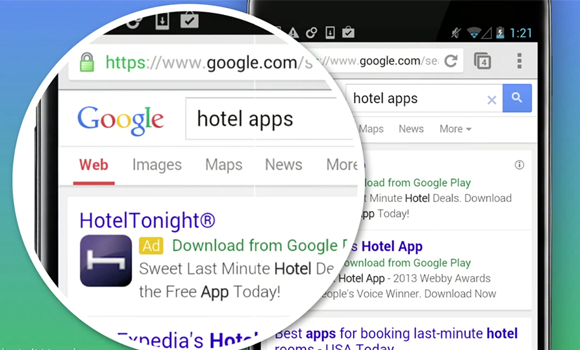 While not every developer may have the budget to accommodate this style of marketing, King have once again proven that a TV advertising campaign can do wonders for the success of a new app, particularly when implementing this strategy just before your big launch day in the app stores. On a monthly basis, 85% of smartphone and tablet users revealed that they use their device as a “second screen” when watching television, while a significant 40% said they did so on a daily basis³. Timing is everything, particularly in a rapidly moving industry like mobile gaming, and Television Advertising allows developers to reach their target audience at the ideal moment.

A mutually beneficial partnership can work wonders for a new app, with the overall cost of the venture often being reduced when both parties are receiving effective promotion from the agreement. Recently, Shazam and Bravo ventured into a co-promotional partnership, by allowing mobile users to access exclusive content from Shazam while simultaneously watching their favourite Bravo shows. The key to success for this marketing channel is to first identify what kind of partnership would work well for your style of app, so be sure to do your research before heading down this path.

Many companies are now realizing that creating a mobile site that directs visitors to your app can provide an incredibly simple, yet effective way to increase app downloads. While customers may not know that you have a mobile app available, they are still likely to search for your online store or service. Once people have found your mobile site, an easy and efficient way to advertise your new app is to simply place a banner ad at the top of the page, allowing users easy access to the app store. According to Localytics, “App usage is the only way to retrieve important information about users and run effective and targeted app marketing”, meaning it’s never been more crucial to direct mobile users to your app.

Getting a feature spot as an “App of the Day” can easily skyrocket a new app into the realm of success. The great thing about being featured on already established sites, such as App of the Day – 100% Free and App-o-Day, is that users already trust these sources to deliver the best apps from around the world, increasing your chances of developing a solid base of users with high lifetime value.

Endorsements from movie stars and singers provide a great channel for marketing your app, although this venture can be incredibly expensive. If you do have the budget to indulge in a marketing strategy such as this, be sure to research your chosen celebrities to ensure that they have an existing social media presence that is off the charts. During the first days of launching Draw Something 2, Enrique Iglesias and Jennifer Lopez were employed to tweet to their combined 12 million followers, generating a great deal of internet chatter about the new game.

A Mobile App Wall provides a great solution for non-invasive in-app marketing. Unlike interstitial advertising or even in some cases banner ads, a Mobile App Wall Advertising is considered to be one of the least intrusive methods of advertising, delivering higher conversion rates from click, due to users being presented with the option of selecting from multiple apps to download. According to the team at VentureBeat, more than 25% of top performing mobile apps in the market use app walls to monetize their traffic. 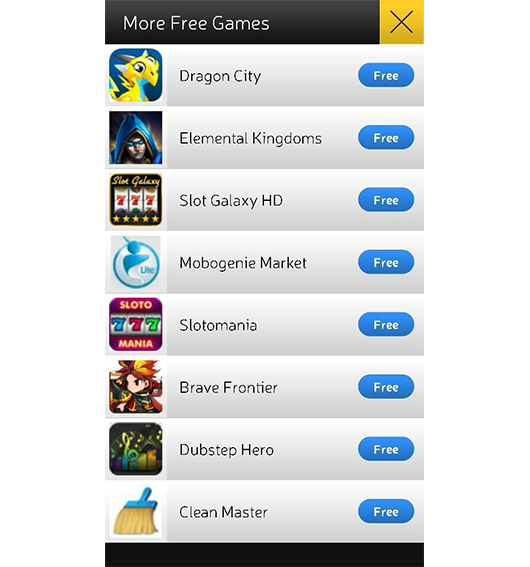 When investigating which mobile marketing channels are best for you, always consider what type of people make up your target audience and never disregard your users’ experience. Whether you’re working with a small budget or your funds are virtually limitless, there’s a mobile marketing strategy that can work for you. If you’d like to learn more about Incentivized CPI, Non-Incentivized CPI or Mobile App Wall Advertising, contact a member of our team to discuss your marketing campaign options today.

³ Perez, S. (2012) Nielsen: 85 Percent Of Tablet And Smartphone Owners Use Devices As “Second Screen” Monthly, 40 Percent Do So Daily. http://techcrunch.com/2012/12/05/nielsen-85-percent-of-tablet-and-smartphone-owners-use-devices-as-second-screen-monthly-40-percent-do-so-daily/