I recently had the wonderful opportunity of sitting down with the guys behind one of Australia’s up and coming mobile game development companies, where we talked about their latest app, Save the Teenies, and what challenges they faced as newly published developers.

We talked all things mobile gaming related, from monetisation strategies and marketing techniques, to what massive things they have planned for the future.

I thank Lindsay, Ian & Aran for their candor as we spoke, as they’ve provided some great insight into the ever changing and ever challenging world of mobile gaming – a great read for everyone in the industry, particularly any new indie developers out there. 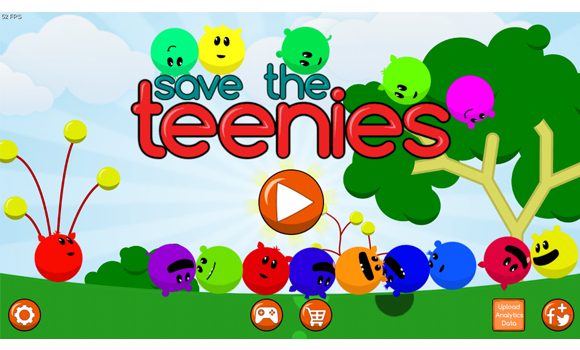 What strategies did you use to market your app at launch and would you recommend them to other developers?

Getting noticed in the competitive world of mobile apps is a herculean effort.

We found that what implicitly attracts people to our game is originality and overall quality of Save the Teenies. Our game has been worked on, revised, prototyped and revisited extensively over two years, we think that makes our game sturdy, and above all, conveys exactly the kind of artistic experience we want to give our audience.

On a more festive note, we also planned a cracker of a launch party where we gathered as many friends around as we could, got them to download the game, had a few drinks (and subtly asked them to re-share our launch posts on Facebook and Twitter).

“Getting noticed in the competitive world of mobile apps is a herculean effort.”

What techniques are you using to monetize your new app and are you personally finding this to be a successful avenue?

We’ve used a two prong approach in terms of revenue raising for Save the Teenies. From anecdotal evidence, getting people to buy a $0.99 app is a lot harder than getting them to install a FREE app. That’s our in. It was hard to let go of our pride which told us that the game was worth x dollars so people should pay x dollars up-front. But our free to play strategy has really paid off in terms of downloads and revenue.

Our game has very simple, inexpensive and non-exploitive in-app purchases (IAPs) which lets players access content sooner or remove ads from the game. You can win the game without paying a cent, and you’re no worse off than the people who do pay.

Secondly, we run ads in-between retry attempts at timed intervals. The ads are full-screen, with videos, links or images. This aligns better with our game, since ads that block the game screen whilst playing would really muck up the flow of the game. The ads are in-frequent enough that people aren’t constantly intruded upon.

“Getting people to buy a $0.99 app is a lot harder than getting them to install a FREE app [and] that’s our in. Our free to play strategy has really paid off in terms of downloads and revenue.”

We’ve been very lucky with the success of our monetisation techniques. We have very good click-through rates and our impressions are rising every day. We also have quite a few in-app purchasers, but not as many as we would like. This may have something to do with how we’re presenting the IAPs to the player as an option (we may be a little too subtle on where and how to buy them in-game).

Any exciting new apps or updates in the works that you can share with us?

We are currently simultaneously working on a PlayStation Mobile version for PlayStation Vita and an Ouya version of Save the Teenies. Each of these ports comes with significant challenges for us

We have a number of games in early concept and are pursuing novel approaches to their development, from rapid games jam style work to create some couch-co-op/competitive titles, to working with a team of undergraduate students from UTAS to breathe new life into the still highly-popular yet incredibly stale Worms-style genre. 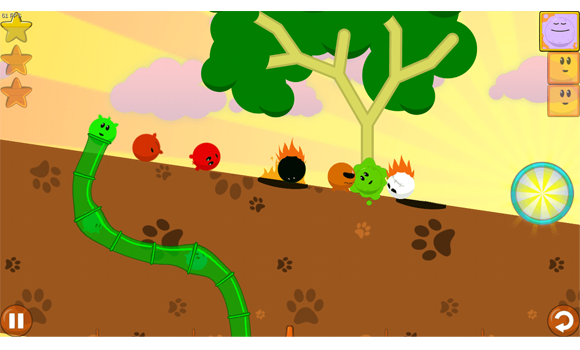 If you could give one piece of advice to budding mobile game developers out there, what would it be?

We went into this with most basic of aims: to finish something.

It’s easy to have lots of great ideas and when you are a hobbyist or just trying to break into the industry it’s really common to make a bunch of promising prototypes but never actually reach the end of any of them.

It might seem trite to say, but stop talking about it, just start right now, and keep working until it’s done. Projects aren’t just going to finish themselves. You learn so much getting all the parts of a project to a complete state and it really lets you plan better for the projects that come after. What’s more, finishing and releasing something is a success in itself no matter what happens after!

This advice may be obvious, but I would suggest to first-time developers to not start with a project that is your “baby” straight up (that idea that you’ve had for years and you have always wanted to make). Start with something simple, achievable, and well-defined/scoped, and go through the processes involved in getting the app out there. Use it as an experience to learn how to use the Google Developer Console, the Apple Review process, how to add Ads, Achievements etc., so that the next game you make will seem like a walk in the park. Do game jams, get really good at the tools like Unity or whatever your engine of choice is, get a following of people who have enjoyed your early simple games, and then let that all come together later on down the track for your big “baby” project.

In making your simple project, don’t underestimate how long that can take. Save the Teenies took us two years to make (albeit due to periods of no work, team member changes, and a complete change of game engine code), when many might look at the game and say it would take much less time to make. I guess this leads to another piece of advice if you are developing in the way we did (casually, while trying to do full time work), which is to make time at least once a week to work on your game – don’t let an entire quarter go by without looking at the game. It is a minor miracle that Save the Teenies actually got released at all after that dry spell. I think it was only our passion to actually finish a project that allowed us to resurrect the project at that time.

Just one last big thank you to the team at Giant Margarita for sharing  with us their insights and first-hand experience within what is one hell of a competitive industry – and a huge congrats to you all for creating, finishing and releasing what’s proving to be one game to watch in 2015.

Save the Teenies is available to download for free from the Google Play Store and iTunes App Store.